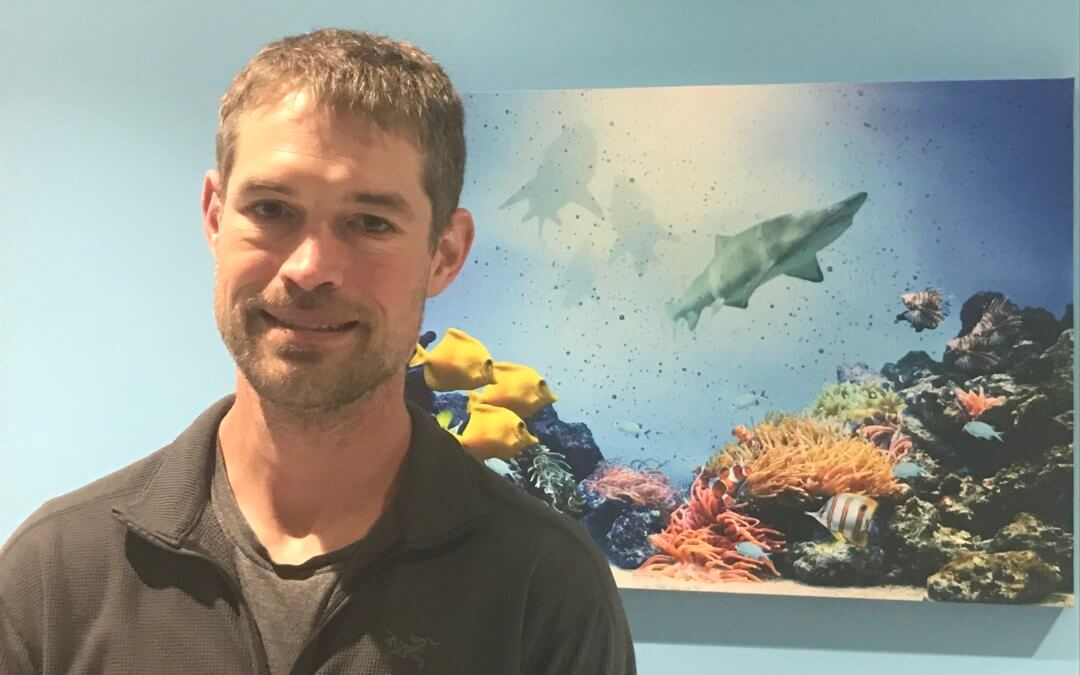 Vince, a 38-year-old dad from Northville, has had 2 concussions, both leading to symptoms that made it hard to carry out a day.  He came to Oxford in May 2017 after his first concussion. It had been just over a week since his hockey injury and he realized that he needed to slow down and get some relief from  his concussion. The symptoms stemming from the injury were impacting his daily life, and something had to be done. He thought about Oxford Recovery Center’s ads on the radio, and decided that he “needed oxygen.” This really helped his brain heal, and he was able to carry on with his normal life.

The symptoms he experienced after each concussion affected his daily activities. They included dizziness, fogginess, slow thought processes, and he says,”I couldn’t talk very well. I couldn’t get a thought out. I would process things in my head, but then they wouldn’t reach my lips.” He did not feel right. He felt lazy and was unable to function.

When he went to Oxford it was on his own, and something he knew he needed to do. The doctors would not prescribe the oxygen treatments. “Most of them don’t know what it is, or they would use it for another type of injury or illness, not concussions. “The studies are there, that it works wonderfully for head injuries, perhaps better than anything else. The brain needs oxygen,” Vince says.

“Concussions are so serious and people don’t take them serious enough. The second one happened in July 2018 and I really didn’t feel like I came back around until December 2018 or January 2019, where I was completely back to myself. It takes a long time.”

Concussions are common. Vince says, “Last fall, my son was swinging a baseball bat and hit my daughter square in the forehead. She was bleeding and had to get some staples. When taken to the emergency room, they said maybe she has a concussion, maybe not. They were sent home with two staples and some painkillers. We brought her to Oxford the next morning, and she was knocked out, there was clearly something not right. It took about 20 treatments to get her healthy and back to normal.”

Vince visits Oxford every so often for maintenance treatments to make sure he is healed and healthy.  “The people are great. All the techs in the chamber room are wonderful, and everyone really is around here. It is a very calming environment and when I go there, I love to just relax. It’s kinda like the relaxation time for the day. I do come back for maintenance sessions.” Vince goes on to say “Oxford has given me complete healing. Without it, I would just continue to struggle along and it gives your body what it needs to completely heal itself.”  Vince how enjoys playing baseball with his son or chase his daughter around on her bike. “Those kinds of happy moments that you don’t want to miss.”

Vince’s final advice is to take concussions very seriously. “They are not something to joke around about. I mean, I can’t even watch college football in the fall anymore. Seeing these crushing blows, and wondering ‘did that guy just get a concussion?’ They just keep going, week after week after week, it’s something to really take seriously. You have to make sure that you get healed before you go back out there and do it again.” (Listen to Joe Namath talk about HBOT for treating concussions.)

If you wonder if you have had a concussion, read the article here https://old922.oxfordrecoverycenter.com/concussion-testimonial/