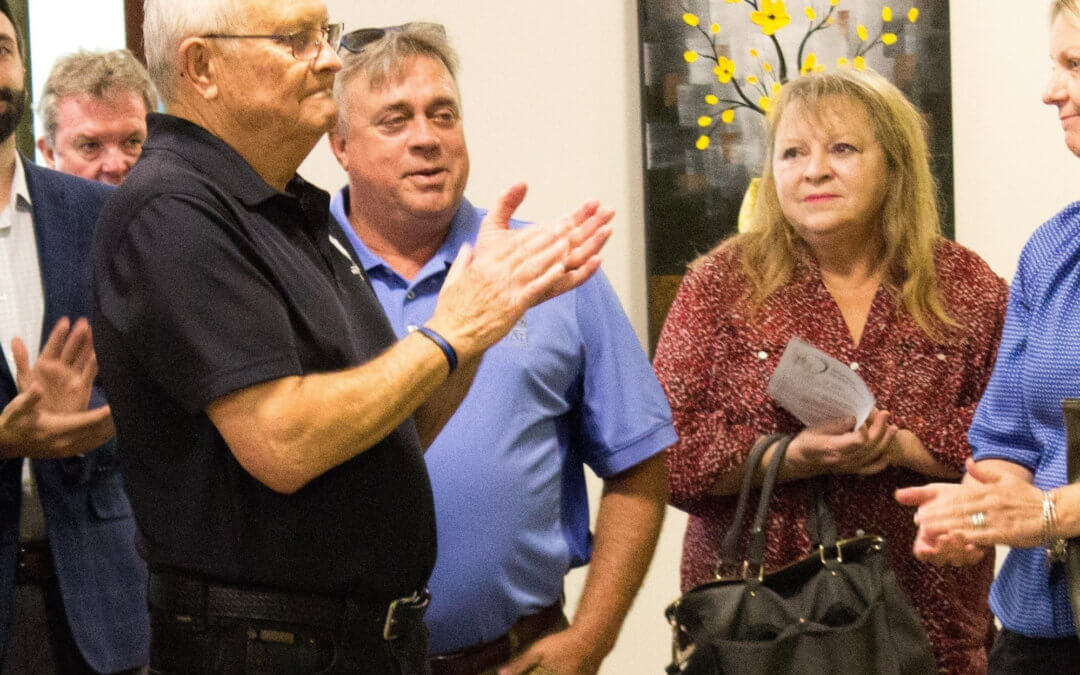 Rick Demeester drove by the Oxford Recovery Center (ORC) sign in South Lyon (now relocated to Brighton, Michigan) many times. One day, he turned the car around to learn about the center and to see if they could help with his recovery from a second back surgery. When he met one of the directors, he found that oxygen therapy could indeed help him recover more quickly after surgery.

As Rick read through an ORC brochure, he noticed there were many other conditions listed that oxygen therapy benefits, including: trouble concentrating, traumatic brain injuries, neurological disorders, poor memory, insomnia, anxiety, etc.  He said, “I have ALL these problems. If this therapy can help me recover from surgery AND help with all these other issues on top of that, I can’t lose.”

Rick went home and talked to his wife and decided to start with 10 or 12 appointments and then have his family give their honest opinions on any mental improvements. He shared with us his story….

For 30 years, Rick owned a body shop in Detroit. One day, nine years ago, he and his foreman were talking after lunch in the front office. Rick saw someone come in the front door wearing a hoodie and a mask. Thinking it was a joke, Rick, said, “You’re a little late for Halloween.”  But then he noticed that the guy was holding a paper bag in one hand and a black revolver in the other. He was being robbed.

Rick tried talking to the intruder about how business had dropped 50% since 9/11 and the casinos were built. He explained that didn’t have much money, so maybe robbing him wasn’t that great of an idea. The man just said, “Give me the money,” and waved his gun at the safe. Rick thought he wanted him to open the safe, so he turned to do so. When he did, the man shot Rick in the head, point blank.

Rick hit the floor, thinking he was going to die. He was at peace with God, so he wasn’t afraid, but he was SO mad. He wanted to be alive for his family–-he had two new granddaughters! As he lay there on the floor, he couldn’t move, but he could talk. He instructed someone to go get some clean towels to try to stop the blood flowing from his head. Someone called 911 and Rick was taken to the hospital.

Rick survived, recovering first at the hospital, and then at home. Eventually, his wife returned to work and his in-laws came to stay and take care of him. Recovering slowly, he remembers the first time he dressed himself. “I put on slip-on shoes because I was afraid I wouldn’t be able to remember how to tie my shoes.”

He had many fears, one of which was driving again. He eventually started again on back roads and became more comfortable. One day he decided to drive up Pontiac Trail to the Kroger parking lot. He remembers being hyper-vigilant with all the people in the parking lot. Paranoia, and being vigilant about something bad happening were a constant in the forefront of his mind. His whole personality had changed–-he lost all ambition, motivation and energy, and was depressed.  All he did was sit in a chair and watch TV. This was nothing like how he used to be before the gunshot.

He started seeing a psychologist, a psychiatrist, and even a neurologist for debilitating migraines. The medications prescribed helped with the headaches and pain. He also was in a PTSD support group trying to talk through issues and get back to normal.

So that day, when he stood in the Oxford Recovery Center office, reading the brochure, he began to hope that maybe hyperbaric oxygen therapy could help him with the issues that he had been struggling with for the past nine years.

After 12 treatments, he sat with his wife, mother-in-law and two sons around the kitchen table and said, “OK, I want your honest opinions. Do you see any change in my behavior? Good, bad or otherwise?” Each one of them noticed a change for the better. They told him his speech was clearer and that he had some of his old energy back. They all encouraged him to continue with the treatments, which he did.

Nearing the end of the 40 treatments, as he was getting ready for the day, his son  hugged him and said, “We have our old dad back!”

After completing the 40 rounds of oxygen therapy, everyone noticed the huge change in his personality. He is outside working all the time now, always active like he used to be. He has reconnected and is talking with his friends again. His wife, who was hesitant because of the cost, said “If we had to pay twice as much, it would’ve been worth it!” Rick is so thankful for the treatment he received at Oxford Recovery Center. “It gave me my life back,”  Rick said.