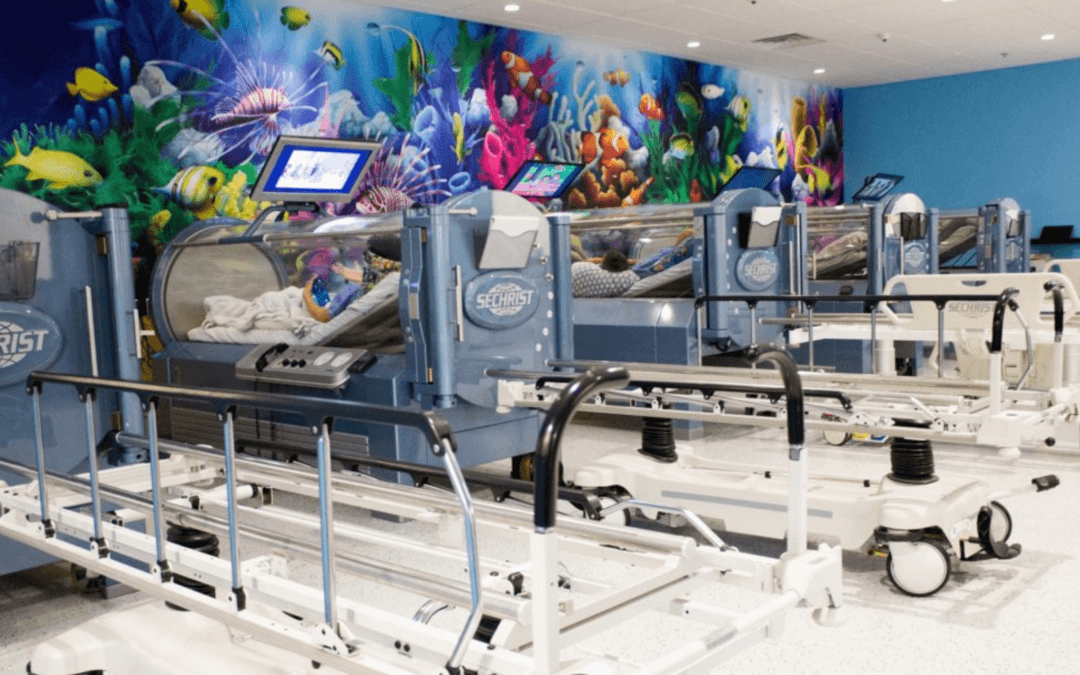 Amazing Healing is Happening at ORC

We are so grateful to be able to share the stories of healing and hope that our patients share with us.

Aly’s Journey with a Brain Tumor, Migraines, & a Concussion

Aly was five years old when she was diagnosed with brain stem glioma, a condition in which tumor cells grow in the tissues of the brain stem. Surgery wasn’t an option as it would have left Aly unable to walk, talk, or normally function. Aly’s parents opted out of traditional chemo and radiation treatments for the tumor, and instead opted into anti-neoplasms to treat Aly’s tumor. Anti-neoplasms were given as an oral tablet and would only shrink the tumor, not get rid of it. However, the treatment worked and allowed Aly to grow into a healthy young adult.

In her early twenties, Aly started experiencing daily headaches and intermittent migraines. The moment she would open her eyes, she would feel the headache. She knew that if the headache didn’t go away within 20 or 30 minutes, it would last all day. About 3-4 days a week, Aly would also experience intense migraines. She described them as the kind of migraine that left her alone in a dark room with no sounds, no lights, in the fetal position, and praying to God for the pain to end. She was missing work and college classes constantly and knew that these headaches and migraines were destroying her life.

She tried oral pharmaceuticals and injections, she tried magnesium supplements, she tried a homeopathic ear sucker to equalize pressure, she tried hot compresses, she tried hormonal treatments—nothing helped. She went to 10-12 neurologists and none of them were able to help her alleviate or eliminate the headaches and migraines. She knew she couldn’t keep taking more and more medications to try to fix the problems she was having.

Aly eventually decided to try Hyperbaric Oxygen Therapy (HBOT), as it was the most natural treatment method she had found. Within her first two weeks of treatment, she noticed the headaches weren’t as frequent, but she was still experiencing the migraines. But by her 40th HBOT treatment, Aly had been headache and migraine-free for almost 3 weeks.

Soon after completing her 40th HBOT treatment, Aly suffered a concussion. She had the typical concussion symptoms like headaches, dizziness, nausea, and memory loss. She even said she would be in the middle of a conversation and unknowingly stop talking and forget what the conversation was even about. She had had concussions before and was familiar with the symptoms and said they would usually last about 2-3 weeks after the injury.

Nonetheless, Aly did another 7 HBOT treatments after the concussion to try to reverse the effects and alleviate the symptoms. By the end of the 7th treatment, the concussion symptoms were completely gone. No more sudden memory loss, dizziness, or nausea, and no headaches. She was amazed by the turnaround, and couldn’t believe how HBOT treated the concussion so quickly and thoroughly.

Now, more than two months have passed since Aly’s last HBOT treatment. She describes HBOT as her saving grace. She doesn’t have to wake up every day wondering what she is going to have to deal with that day. She has not had a single headache or migraine. She has no lasting effects of the concussion. She told us that HBOT changed her life, and she now advocates to anyone with health issues to try HBOT, because it could also change their lives for the better.

Learn more about Oxford’s innovative Camp ABA program, an alternative to traditional learning and public school for children with autism and special needs.

Call us today at (248) 486-3636 for more information or to schedule a Discovery Session so your child can join in on the fun at Camp ABA!

Hi! My name is Jenna Silverstein and I am so excited to be working as your child’s teacher this year. I graduated from Michigan State in Special Education in 2016. I then did my student teaching year at Livonia Public Schools, where I taught 4th grade general education, and elementary and high school Special Education. I then went on to work as a Behavior Technician at Michigan State and the Kalamazoo Autism Center. I completed my masters program at Western Michigan University. I studied Special Education with a focus in behavior analysis. I am currently a BCBA and a certified ASD and LD Special Education teacher.

When I’m not working hard in the classroom, you can find me cheering on the Spartans at both Michigan State football and basketball games. My family is also very important to me. I am from Novi, Michigan and love spending time with my family, dog, and new puppy.

I can’t wait to go on a learning adventure this year! Thank you so much for allowing me to educate your child!

What is Occupational Therapy?

Occupational therapy targets a client’s occupations and how they may be impacted by their symptoms and condition.

Occupations for a child consist of play, school, and simple activities of daily living such as brushing teeth, getting self-dressed, home management, etc.

Everyone has occupations, and occupational therapists are specialized in looking at the client in a holistic manner to determine a client-centered treatment regimen to develop new skills or regain lost skills in order to promote improved independence in occupations that occur in daily life.

In short, an occupational therapist can help individuals live life to its fullest. 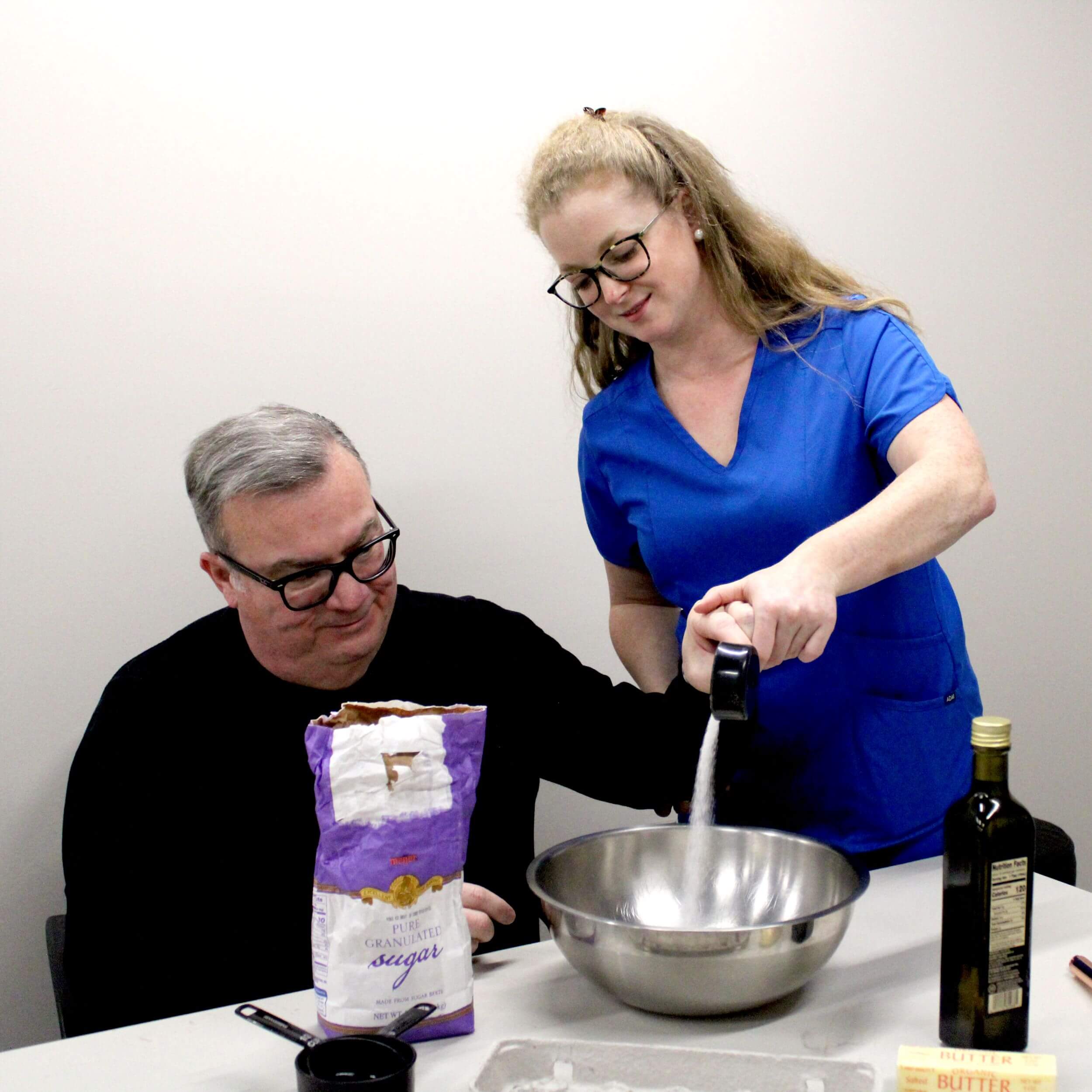 How do I get started?

If you are a previous or current patient, call us and we can discuss options and scheduling appointments with you.