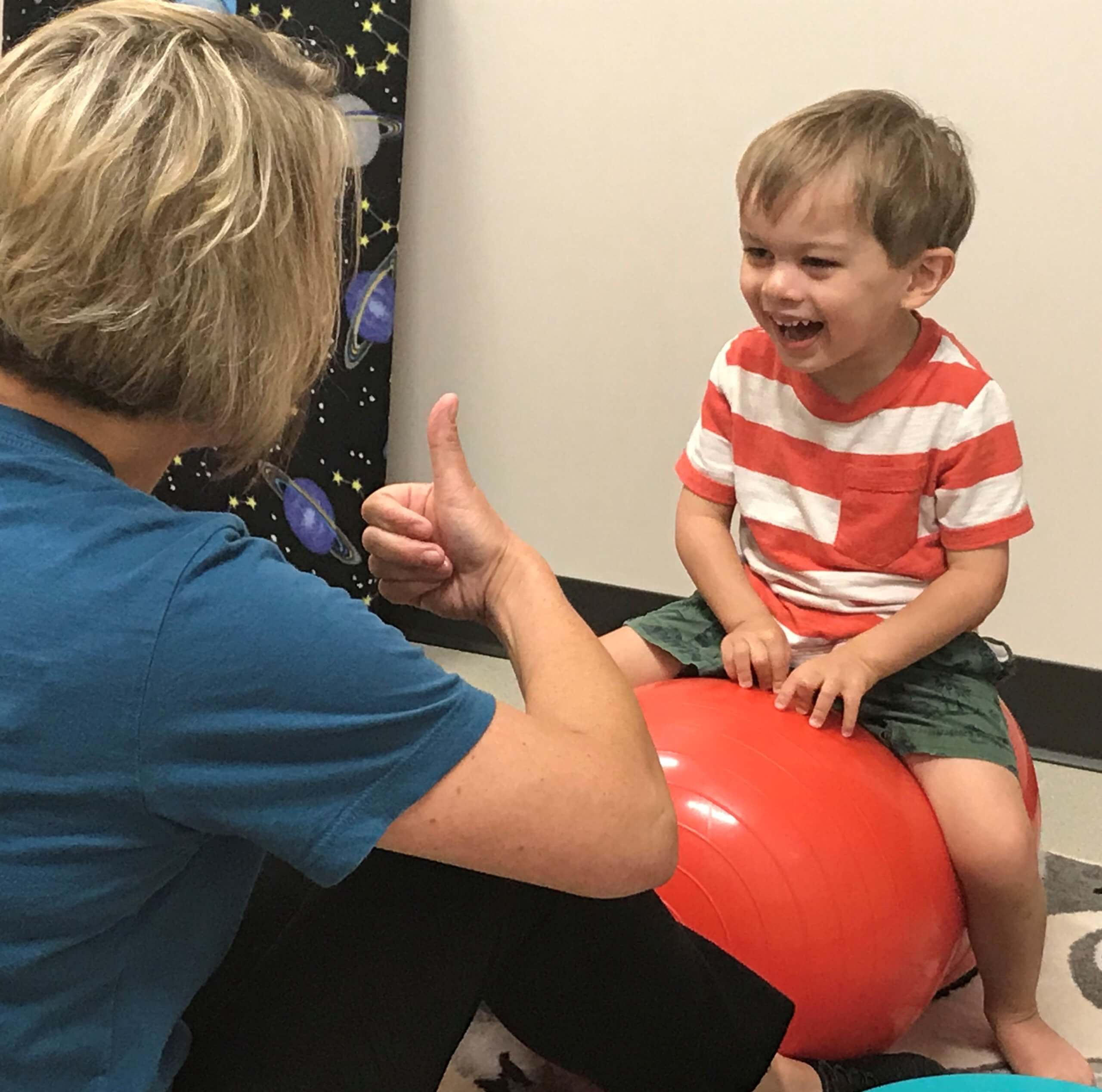 When Eli was born, as parents we knew something wasn’t right. After searching for months with different therapies that showed no improvement, we decided to move back to Michigan to get support from family.

We knew we needed something different and the road would be a long one.  In Michigan he was enrolled in speech and feeding therapy with little improvement, he started to exhibit aggression and behavior issues.

It wasn’t until the family was introduced to Oxford Recovery Center and began its unique approach to autism did his mother hear the word “mom” for the first time.

Eli was born with different issues including feeding problems.  Prior to birth, we knew he could have spina bifida. We had a lot of concerns.  We went on a whole journey, his feeding journey and the lack of development. Very early on at six months old, he started therapy in Houston after me pushing since he was three months of age.

We relocated to be closer to family in Michigan.  Speaking with a friend, she referred me to talk to Casey after she learned that we were deliberating on getting a diagnosis for autism, should we see if that is what our answer is?  Is that what we were missing? We couldn’t get any answers to the source of what all of his issues were. He was already in a number of therapies, but he was starting to have a lot of behavior issues at that point.  He was getting close to two years old. We were wrapping our arms around it but still trying to figure out how we work with him because we were just parents and not clinicians. We shared our story with Casey and she shared about Oxford Recovery Center.

We were already at a speech therapy center that had an ABA program.  They weren’t as willing to share the path of what I needed to do to get him tested.  Once we got the diagnosis, Casey shared with us what her program was about and our beliefs and practices were very much down that route.  That is how we came to Oxford Recovery Center.

[Before Oxford Recovery Center] Eli had basically no speech.  He said his first word after he was maybe a year old. He had a lack of gross motor skills, receptive, and expressive language.   A lot of feeding problems, aggression, and behavior issues. What we found attractive was their Hyperbaric Oxygen treatment. I had read about it in the past, I had no idea why it would be good for us.  They gave us some research and what it can do for kids with autism and their speech specifically.

The Hyperbarics, I would recommend to anyone.  It is literally a miracle. He is saying phrases and asking questions now.  We think that does all stem from the hyperbaric, although he is also in Speech and Occupational Therapy as well.   They have such a great team and they are very synergistic as they claim. They work very well together, and we are able to put the pieces together.

You don’t really know what your child’s path is.  Everyone has dreams for their kids. It is hard living in this world without issues.   For us, just hearing our child’s words is a huge thing. At least he can say maybe he is not feeling well, or hearing mom for the first time.  I had to wait a long time for that. Or even him wanting to hug me back. Those are things many parents take for granted. It’s a hard path for the child and hard for the parents too.  It’s hard but when you find a place that they really wrap their arms around you and you feel like family the minute you walk in the door, you don’t feel bad about leaving your child there every day.  It’s going to take time to get results. It is a hard journey, but you know there is a goal in mind. We have a common goal and we just have to keep going.

The love and support of Eli’s family are evident.  When his grandparents pick him up from therapy, he joyfully shouts their names and runs to them.  We are thrilled to witness the progress he has made all we have to offer: ABA, OT, Speech, HBOT, Medical Consultation, and Nutrition Coaching  The more therapies our clients utilize and the more involved the family in the process, the better the results.