Every day, we are exposed to hundreds of toxic chemicals through products like pharmaceuticals, pesticides, packaged foods, household products, and environmental pollution.  As we have become more exposed to chemical-laden products and to toxic chemicals in food, air, and water, we have been confronted with an accelerating rate of chronic illnesses like cancer, heart disease, chronic fatigue syndrome, chemical sensitivity, autism spectrum disorders, ADD/AD(H)D, autoimmune disorders, Parkinson’s disease, and Alzheimer’s disease. 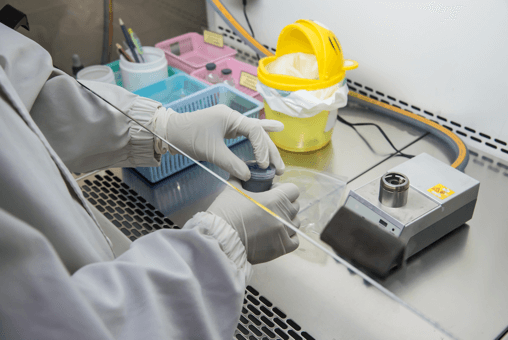 Because exposure to environmental pollutants has been linked to many chronic diseases, The GPL-TOX is a toxic non-metal chemical profile that screens for the presence of 172 different toxic chemicals including organophosphate pesticides, phthalates, benzene, xylene, vinyl chloride, pyrethroid insecticides, acrylamide, perchlorate, diphenyl phosphate, ethylene oxide, acrylonitrile, and more.  This profile also includes Tiglylglycine (TG), a marker for mitochondrial disorders resulting from mutations of mitochondrial DNA.  These mutations can be caused by exposure to toxic chemicals, infections, inflammation, and nutritional deficiencies.

ADVANTAGES OF THE GPL-TOX PROFILE

Benzene is an organic solvent that is widespread in the environment. Benzene is a by-product of all sources of combustion, including cigarette smoke, and is released by outgassing from synthetic materials, and is a pollutant released by numerous industrial processes. Benzene is an extremely toxic chemical that is mutagenic and carcinogenic. High exposures to benzene cause symptoms of nausea, vomiting, dizziness, lack of coordination, central nervous system depression, and death. It can also cause hematological abnormalities.

Xylenes (dimethylbenzenes) are solvents found not only in common products such as paints, lacquers, pesticides, cleaning fluids, fuel and exhaust fumes, but also in perfumes and insect repellents. Xylenes are oxidized in the liver and bound to glycine before eliminated in urine. High xylene levels may be due to the use of certain perfumes and insect repellents. High exposures to xylene create an increase in oxidative stress, causing symptoms such as nausea, vomiting, dizziness, central nervous system depression, and death. Occupational exposure is often found in pathology laboratories where xylene is used for tissue processing.

Styrene is used in the manufacturing of plastics, in building materials, and is found in car exhaust fumes. Polystyrene and its copolymers are widely used as food-packaging materials. The ability of styrene monomer to leach from polystyrene packaging to food has been reported. Occupational exposure due to inhalation of large amounts of styrene adversely impacts the central nervous system, causes concentration problems, muscle weakness, tiredness and nausea, and irritates the mucous membranes of the eyes, nose, and throat.

Organophosphates are one of the most toxic groups of substances used throughout the world. They are often used as biochemical weapons and terrorist agents, but are most commonly used in pesticide formulations. Organophospates are inhibitors of cholinesterase enzymes, leading to overstimulation of nerve cells, causing sweating, salivation, diarrhea, abnormal behavior, including aggression and depression. Children exposed to organophosphates have more than twice the risk of developing pervasive developmental disorder (PDD), an autism spectrum disorder. A study done in the San Francisco Bay area found that in California agricultural areas, children born to mothers living within 500 meters of fields where organochlorine pesticides were used were more than 6 times more likely to develop autism than children whose mothers did not live near such fields. ASD risk increased with the poundage of organochlorines applied and decreased with distance from field sites. Maternal organophosphate exposure has been associated with various adverse outcomes including having shorter pregnancies and children with impaired reflexes.

MTBE and ETBE are gasoline additives used to improve octane ratings. Exposure to these compounds is most likely due to groundwater contamination, and inhalation or skin exposure to gasoline or its vapors and exhaust fumes. MTBE has been demonstrated to cause hepatic, kidney, and central nervous system toxicity, peripheral neurotoxicity, and cancer in animals. Since the metabolites of these compounds are the same, ETBE may be similarly toxic.

A very common herbicide that was a part of Agent Orange, used by the United States during the Vietnam War to increase visibility for war planes, by destroying plant undergrowth and crops. It is most commonly used in agriculture on genetically modified foods, and as a weed killer for lawns. Exposure to 2, 4-D via skin or oral ingestion is associated with neuritis, weakness, nausea, abdominal pain, headache, dizziness, peripheral neuropathy, stupor, seizures, brain damage, and impaired reflexes. 2, 4-D is a known endocrine disruptor, and can block hormone distribution and cause glandular breakdown.

This is a metabolite of the organophosphate flame retardant triphenyl phosphate (TPHP), which is used in plastics, electronic equipment, nail polish, and resins.  TPHP can cause endocrine disruption.  Studies have also linked TPHP to reproductive and developmental problems.

Acrylamide can polymerize to form polyacrylamide.  Polyacrylamide is used in many industrial processes such as plastics, food packaging, cosmetics, nail polish, dyes, and treatment of drinking water.  Food and cigarette smoke are also two major sources of exposure.  Acrylamide has been found in foods like potato chips, French fries, and many others such as asparagus, potatoes, legumes, nuts, seeds, beef, eggs, and fish.  Asparagine, which is found in these foods can produce acrylamide when cooked at high temperature in the presence of sugars.  High levels of acrylamide can elevate a patient’s risk of cancer.  In addition, acrylamide is known to cause neurological damage.

This chemical is used in the production of rocket fuel, missiles, fireworks, flares, explosives, fertilizers, and bleach.  Studies show that perchlorate is often found in water supplies.  Many food sources are also contaminated with perchlorate.  Perchlorate can disrupt the thyroid’s ability to produce hormones.  The EPA has also labeled perchlorate a likely human carcinogen.  Patients that are high in perchlorate can use a reverse osmosis water treatment system to remove the chemical from their water supply.

This is a chemical made from the processing of petroleum.  It is often a colorless gas with a mild gasoline-like odor.  Most of this chemical is used in the production of synthetic rubber.  1,3 Butadiene is a known carcinogen and has been linked to increased risk of cardiovascular disease.  Individuals that come into contact with rubber, such as car tires, could absorb 1,3 Butadiene through the skin.  The increased use of old tires in the production of crumb rubber playgrounds and athletic fields is quite troubling because children and athletes may be exposed to toxic chemicals this way.

This chemical is used in the production of plastics and is used as a fumigant.   Propylene oxide is used to make polyester resins for textile and construction industries.  It is also used in the preparation of lubricants, surfactants, and oil demulsifiers.  It has also been used as a food additive, an herbicide, a microbicide, an insecticide, a fungicide, and a miticide.  Propylene oxide is a probable human carcinogen.

1-Bromopropane is an organic solvent used for metal cleaning, foam gluing, and dry cleaning.  Studies have shown that 1-BP is a neurotoxin as well as a reproductive toxin.  Research indicates that exposure to 1-BP can cause sensory and motor deficits.  Chronic exposure can lead to decreased cognitive function and impairment of the central nervous system.  Acute exposure can lead to headaches.

Ethylene oxide is used in many different industries including agrochemicals detergents, pharmaceuticals, and personal care products.  Ethylene oxide is also used as a sterilizing agent on rubber, plastics, and electronics.  Chronic exposure to ethylene oxide has been determined to be mutagenic to humans.  Multiple agencies have reported it as a carcinogen.  Studies of people exposed to ethylene oxide show an increased incidence of breast cancer and leukemia.  Caution is needed with ethylene oxide because it is odorless at toxic levels.

Acrylonitrile is a colorless liquid with a pungent odor.  It is used in the production of acrylic fibers, resins, and rubber.  Use of any of these products could lead to exposure to acrylonitrile.  Smoking tobacco and cigarettes is another potential exposure.  Exposure to acrylonitrile can lead to headaches, nausea, dizziness, fatigue, and chest pains.  The European Union has classified acrylonitrile as a carcinogen.